Note: Most of the information below has been taken from the village's Millennium project, a book entitled Newton Tony, A Wiltshire Village at the Millennium published in 2000. Copies of a further book 'A Wiltshire Village in the 1870s' authored by William Henry Swift (reproduced and reprinted in 1988) are still available and provide an interesting insight into the community and its way of life a century and a half ago.

The third and fourth paragraphs below are expanded in Eric L. Jones, 'Small Earthquake in Wiltshire: seventeenth-century conflict and its resolution'
(Sutton Veny: Hobnob Press, 2017, price £9.95 and available here)

Newton Toney is not a historic village as such. It is built on ancient settlements and has been added to over the years. It has developed over the centuries as an agricultural centre. Nevertheless, there are, within the parish boundaries, several historical sites of interest. Two prehistoric field systems have been identified in the North West of the parish in Wilbury Park and a prehistoric ditch in the South. There are some 18 Bronze Age barrows to the South and to the East an Iron Age pit has been found. There is evidence of a small old settlement (10 – 300AD) to the West of the river in the village centre up the hill. Finally, there is evidence of a Roman Villa to the West in the fields at the top past Station Hill. Several Roman artefacts have been discovered by local metal detector enthusiasts but its position is still subject to debate.

The earliest mention of Newton Toney can be found in the Domesday Book (1086) which refers to this village as Newentone. The Domesday Book is a record of land use and agriculture in the parish for taxation purposes. In those days, the Lords of the Manor (often based in France) provided agricultural employment for an entire community. This, basically, was the start of the village. In the following centuries generations of agricultural labourers built up the village into a thriving community. And by the 18 th and 19 th century the village existed to serve Wilbury House. When, in 1926, Sir Harry Malet sold off the entire Wilbury estate, the agricultural workers were able to purchase homes, farms and land (this comprised 95% of village dwellings). This action changed the village way of life and it became as we see it today. People were no longer reliant on the 'Lords of the Manor' for their wellbeing.

It would seem that there was a churchyard here in 1179 but it is uncertain when the first church was built; however there is mention of a rector in 1296. The present church was built in 1844 to replace the original which was in a dilapidated state and pulled down in 1843.

The descent of Newton Toney manor is unavoidably complicated but means the village came to touch the fringes of national history. The manor was bought in 1581 by Thomas Crane and sold in 1599 to William Jones of Mildenhall, near Marlborough. William bought it on behalf of Crane's daughter, who had the very rare name of Eluzai. She was to marry William's son, John, and their son, Francis Jones, married Ann Ryves (pronounced Reeves) of Ranston, Dorset, whose memorial is in Newton Toney church.

After John died Eluzai married secondly Oliver Cromwell's uncle. This was fortunate for her grandsons, another Francis and a John. They were involved in the Penruddock Rising against Cromwell in 1655, a military fiasco that captured Salisbury but was soon put down. This Rising led to the imposition of rule by the Major-Generals. Francis was the third principal in the affair but escaped execution when the other two were beheaded. The family connection meant Cromwell had let Francis off but his punishment was to have to sell the manor in 1656 to Nathaniel Fiennes, one of Cromwell's cronies and father of Celia.

The village's most famous personality was Celia Fiennes C1662-1741. She was born and raised in Newton Toney, the daughter of a Cromwellian Colonel and a very strict non conformist. Between 1682 and 1712 she travelled the length and breadth of England visiting every county, often only accompanied by her maid at a time when such travel was extremely dangerous. She documented all her thoughts and discoveries during her travels in a journal which has become a record of immense historical significance providing insight into the social conditions of those times. She died in London and, in accordance with her will, was buried in Newton Toney. Her journal was published in 1888 under the title Through England on Side Saddle in the time of William and Mary.

In the early 1900s, Newton Toney had its own Railway Station. In 1902, the Amesbury & Military Camp Light Railway ('the Bulford Branch') was opened it was used a great deal for troop movements especially during the First World War. It provided a link both to Salisbury and Grateley. The railway was closed down for passengers in 1952 and goods in 1963. The station is situated at the top of the hill on the Allington road. There are now no remains of the station apart from a flat grass area where the platforms used to be and the 'much extended' Station Master's House and adjacent railway workers' tied cottages remain. The course of the old railway line is visible but on private land. Some of it will be opened soon as a nature walk sponsored by the RSPB who own much of the land.

The Society was formed as the Bourne Valley Historical & Record Society in 1948 by a group of residents in the three Winterbourne villages north of Salisbury, Wiltshire, who wished to collect and preserve material documenting the area's rich history.

The Society has since been renamed the Bourne Valley Historical Society (BVHS) and its coverage has now been extended to include all those villages straddling the River Bourne running southwards from Cholderton to Hurdcott. The BVHS continues to be dedicated to researching topics of local historical interest and members are encouraged to participate and conduct their own studies into projects relevant to the heritage of our area.

The Society holds meetings every month (usually third Thursday) at which guest speakers give presentations on local archaeological and historical topics. The group visits, normally at weekend, are arranged to local places of historical interest.

Full information can be found on www.bournevalleyhistory.co.uk and an example article is included below:

How Newton Toney got a Cemetery

In early 1926 it was considered that the churchyard had no more space for graves. The need for a cemetery was discussed by the Parish Council and a plea was made throughout the parish for a suitable piece of ground. A site near The Grove (on the high ground behind The Malet Arms) was identified but the owner, Mr Armstead would not sell. Another site on the ridge behind the Memorial Hall was then thought to be suitable but Mr Maffey would not sell.

Major Despencer Robertson of Wilbury House then offered a half acre plot in the north east corner of the Recreation Ground but Mr C Williams of Manor Farm, objected that it was far too close to his cottages (now known as Field House). Major Despencer Robertson then suggested a piece of ground behind the Memorial Hall within 100 yards of the Rectory but guess what? - the Rector, the Rev B Wright objected!

The Parish Council then sought the advice of the Ministry of Health who thought that a site on Church land at the south east of the village would be suitable. This was a half acre plot to the north of Stony Path. The Rev B Wright agreed to sell it for £40 but the Parish Council having considered the cost of making a proper access road to it plus the cost of fencing it in, declined to proceed.

Eventually in October 1928, Major Despencer Robertson then offered to give a plot to the north west end of the village (where the present cemetery now stands). With his mother, Lady Robertson, paying for the Bier House and his sister paying for a bier and with Major Robertson taking on the cost of conveyance and fencing the ground in – the Parish Council accepted.

On the 14th May 1929 the first part of the cemetery was consecrated.

I bet you thought that not in my back yard was a modern problem!

Newton Toney in the Twentieth Century 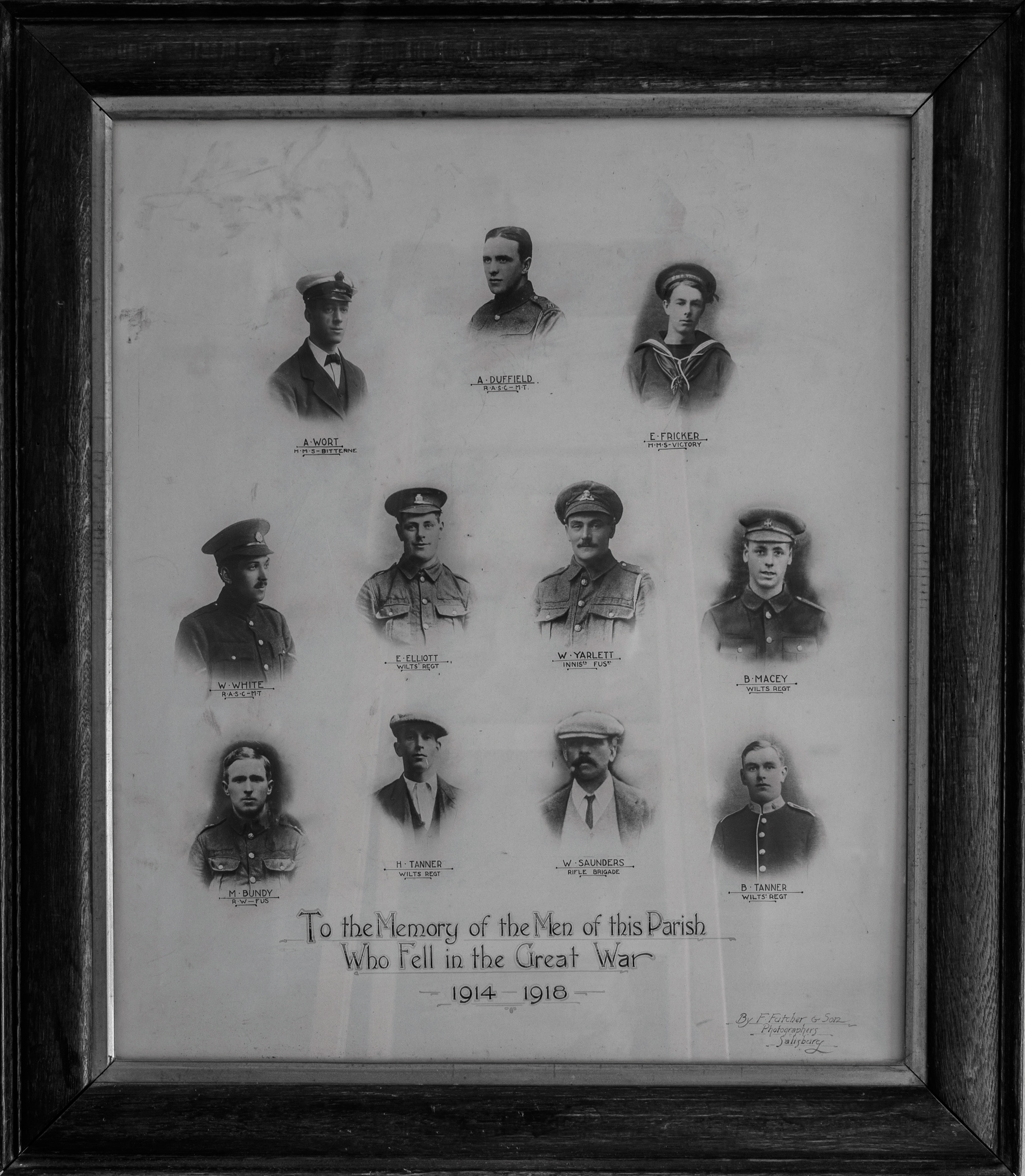 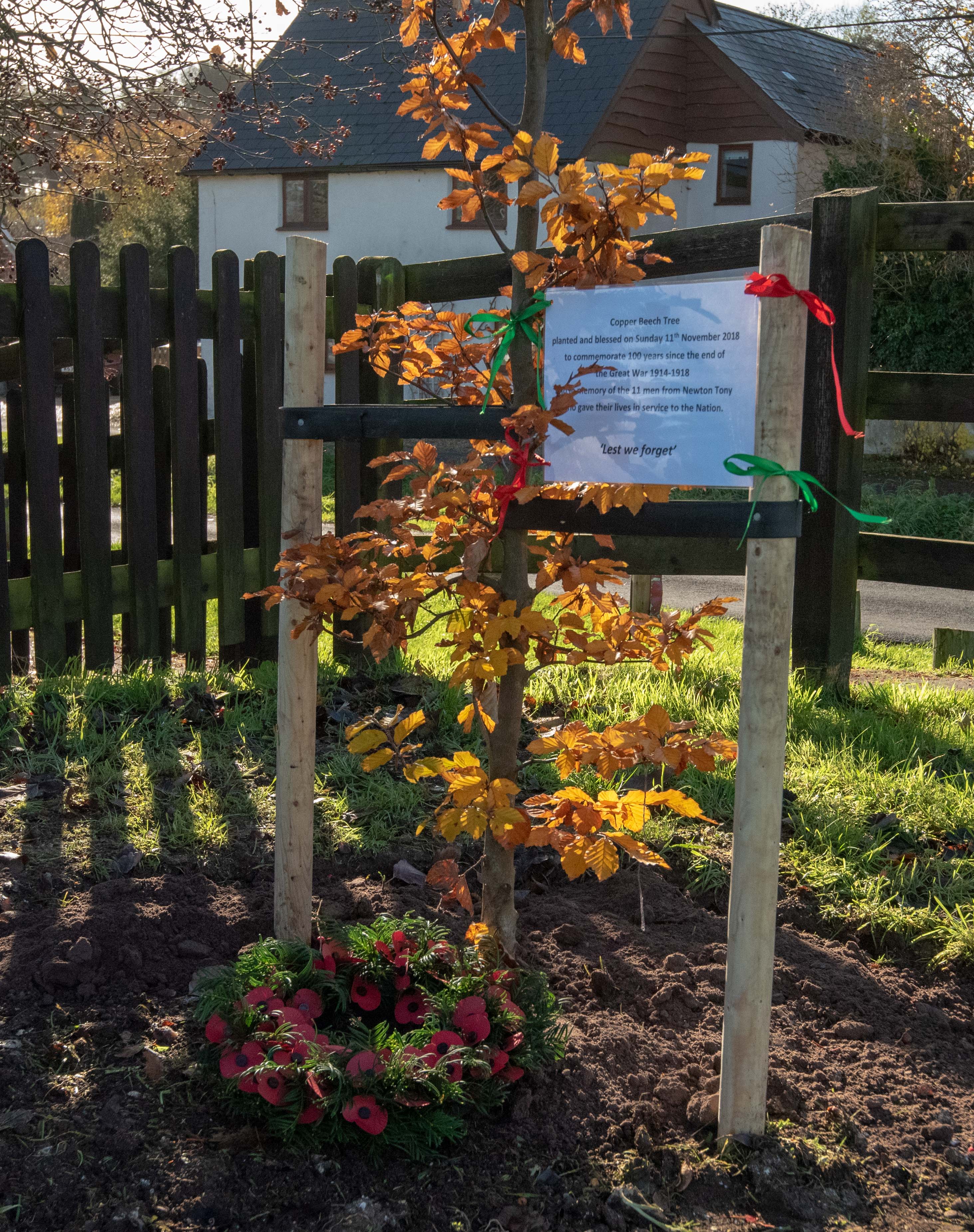 We have a comprehensive selection of reports, data and information in our Document Library - from the current status of the River Bourne to local Police Reports.

Simply click here to go to the Document Library.

We would like to hear your views or suggestions relating to Newton Toney, the Parish Council or our website. To express your views, use our Feedback Form.